Update: NcTech has recently developed a new and better version of the Iris and stopped producing the Iris360. We will have more information about the new Iris360Pro in a later blog!

Everything you need to know before buying an iris 360 degree camera from NCTech. 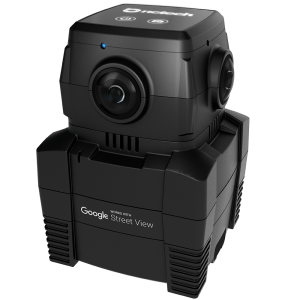 is the company that developed the iris 360 degree camera in collaboration with Google and if asked to define it, you would say that it’s a specialist camera that “captures your world in 360 degrees.” More than that, it produces professional images with a high resolution HDR quality.

The Google-approved camera is used by Google’s Trusted Photographers in creating its “Street View” programme and is one among a very limited number of spherical cameras that anyone can use to publish images instantaneously to Street View – providing you have the Google Street View app.

However, it is worth mentioning that its use is not confined to Google street view; real estate agents can use it for their property virtual tours, whether personal or professional. The advanced technology analyses the entire scene all around the camera, takes the images, processes them and produce an image ready for sharing on Google, Facebook, Twitter, any website or other social media platform, plus with our property virtual tour software you can instantly create a walkthrough virtual tour of your property.

The iris 360° can also be integrated with other professional platforms, adding a beneficial flexibility to the camera.

What does it do?

It captures images at speed. For example, it takes one exposure in under 10 seconds and nine exposures in under 30 seconds. To create the 360° panoramic view, you can stitch the images you’ve captured together on board the camera immediately after you’ve taken them, or you can singly or batch stitch your images together later on. Alternatively, you can stitch the images together outside the camera using Immersive Studio software on your laptop or computer. This software comes free with the iris 360°, so there ‘s no added cost to choosing this alternative method. You also have the option of using a third party application if preferred.

Special features of the iris 360° camera

Regardless of the location or light condition, the iris 360°s automatic HDR will turn images taken in the most challenging situations into stunning ones. It also uses the same technology that NCTech developed for forensic and crime scene analysis in the iSTAR camera. This means the iris 360° can capture multiple images right across a broad range of light conditions and will ensure that even shadowed areas and windows have a crisp resolution. It is also worth mentioning that the iris can generate 360MB of data in one capture, but for ease of sharing your files with others, it compresses these to JPEG files of 10 MB or less.

Example of virtual tour made with the iris 360 degree camera

It is also possible to capture and share images remotely with this camera. You can operate the camera via WiFi and your iPad, tablet or smart phone. These captured images can be viewed, verified and shared publicly, using Cloud storage, straight from your mobile device.

Battery life is always a concern when you’re out and about. But the iris 360° comes with an extra long life battery, which allows you to capture hundreds of images with only a single battery charge. You can also purchase an external pack accessory for use when you’re on the move. The iris360° can be powered directly from mains allowing the battery to be charged while in use or on standby.

If you’d like to buy an iris 360°, you can purchase the camera direct from the manufacturers NCTech who are based in Edinburgh, UK and online at nctecimmaging.com. The camera costs £1,499/€1.799 and a one year limited manufacturer’s warranty is included in the package.

The delivery time of one of these nifty machines ranges from a couple of weeks, to months, so make sure you enquire waiting time before you buy.

However, if you look online on Amazon you might be able to get a better (and quicker) deal from photographers selling their unit because they upgraded to a better model, so it would pay to look online to see where you can get the best deal.

When buying a second hand unit, make sure you are buying the upgraded version. The first version of the camera came with an intrusive black circle to the bottom of each image, where the upgrades version actually allows for the entire floor to show, meaning there’s no black circle or mirror ball needed.

You can buy an older version of the camera and upgrade it with NCTech for approx. 600€, so if you get a good deal of a second hand camera without the upgrade, you can still add this feature yourself.

What are your experiences with the iris 360 degree camera? Let us know in the comments.

©2021 my360propertyvirtualtours.com was brought to you by Plush Global Media - All rights reserved